In A Forgiving God in an Unforgiving World, Ron Lee Davis retells the true story of a priest in the Philippines, a much- loved man of God who carried the burden of a secret sin he had committed many years before. He had repented but still had no peace, no sense of God's forgiveness. In his parish was a woman who deeply loved God and who claimed to have visions in which she spoke with Christ and he with her. The priest, however, was skeptical. To test her he said, "The next time you speak with Christ, I want you to ask him what sin your priest committed while he was in seminary." The woman agreed. A few days later the priest asked, "Well, did Christ visit you in your dreams?" "Yes, he did," she replied. "And did you ask him what sin I committed in seminary?" "Yes." "Well, what did he say?" "He said, 'I don't remember'" Let’s dive in to this lesson on 1 John 2:12–14, and learn more about what the Bible says about forgiveness and victory over sin.

Praying before studying the Bible is important! It will help your heart be focused on God.

As you read the focus verses, who are the different people John is writing to?

What are the things John is clearly grateful for? In other words, what has happened in the recipient’s lives that prompted John to write them?

Using this marking will give you a visual cue of John’s use of the word “write.”

Whose sins have been forgiven, according to John?

Who does John say has overcome the evil (or wicked) one?

Who does John say “knows Him?”

John addresses three groups of people: little children (or dear children), young men and fathers. In the New Testament, the phrase “little children” refers to Jesus’ disciples–those who belong to God. Thus, “fathers” may indicate more mature believers, and “young men,” those who are younger in the faith.

Take time to lookup the word for “forgiveness” in the original Greek.

Why does God forgive people, according to 1 John 2:12?

God forgives people for His “names sake.” (Some translations say, “on account of His name,” or even “through Jesus”). This means His reputation that is at stake. If God doesn’t forgive, it goes against his character!

Look up Psalm 25:11 to see another place where God tells us He forgives “for His names sake.”

Much is at Stake!

Why do you think God is remaining true to His character—specifically of being forgiving? How difficult would it be to trust God if He did one thing out of character?

Now, watch this powerful video on the story behind a musical artist’s song on forgiveness. 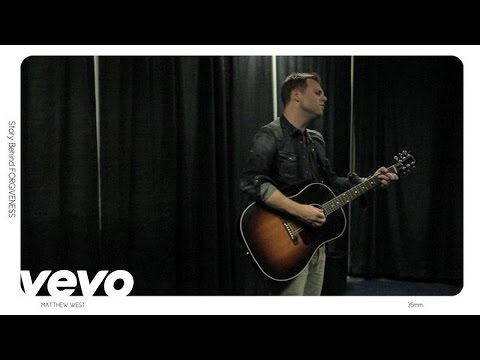 After watching this video, knowing forgiveness is part of God’s character, how do you feel about being forgiven of your sin?

Let’s shift gears a bit, and look up another quite different word in our focus verses for this study. Look up the word “overcome” in the original Greek.

Now, let’s take a moment and look at what John says about overcomers. Read 1 John 5:4–5.

Now, go back to 1 John 2:12 and 14. If overcoming means “conquering” or “being victorious over,” whom does the text say believers are conquering?

A famous theologian John Stott says, “The forgiveness of past sins must be followed by deliverance from sin’s present power.” This is what it means to overcome. God has forgiven us of our sins—He has cast them away. Now, however, we must remember that we have already overcome the temptations of the evil one who tries to get us to keep on sinning!

According to Romans 8:35–39, what have those who follow Jesus overcome?

Consider the topic of forgiveness in this study, and how God takes sin and casts it far away—remembering it no more. Is there an area in your life you need to present to God, and ask Him to forgive?

How does knowing Jesus has conquered your sin making you an “overcomer” change how you see yourself?

We hope you were encouraged through this study as you learned about God’s forgiveness. You have overcome!

Please take a brief moment to provide us some feedback on this lesson. We're always striving to improve, and with your help, we will.

Please join us in our quest to help the world discover the beauty of the Bible. Consider making a generous donation today.